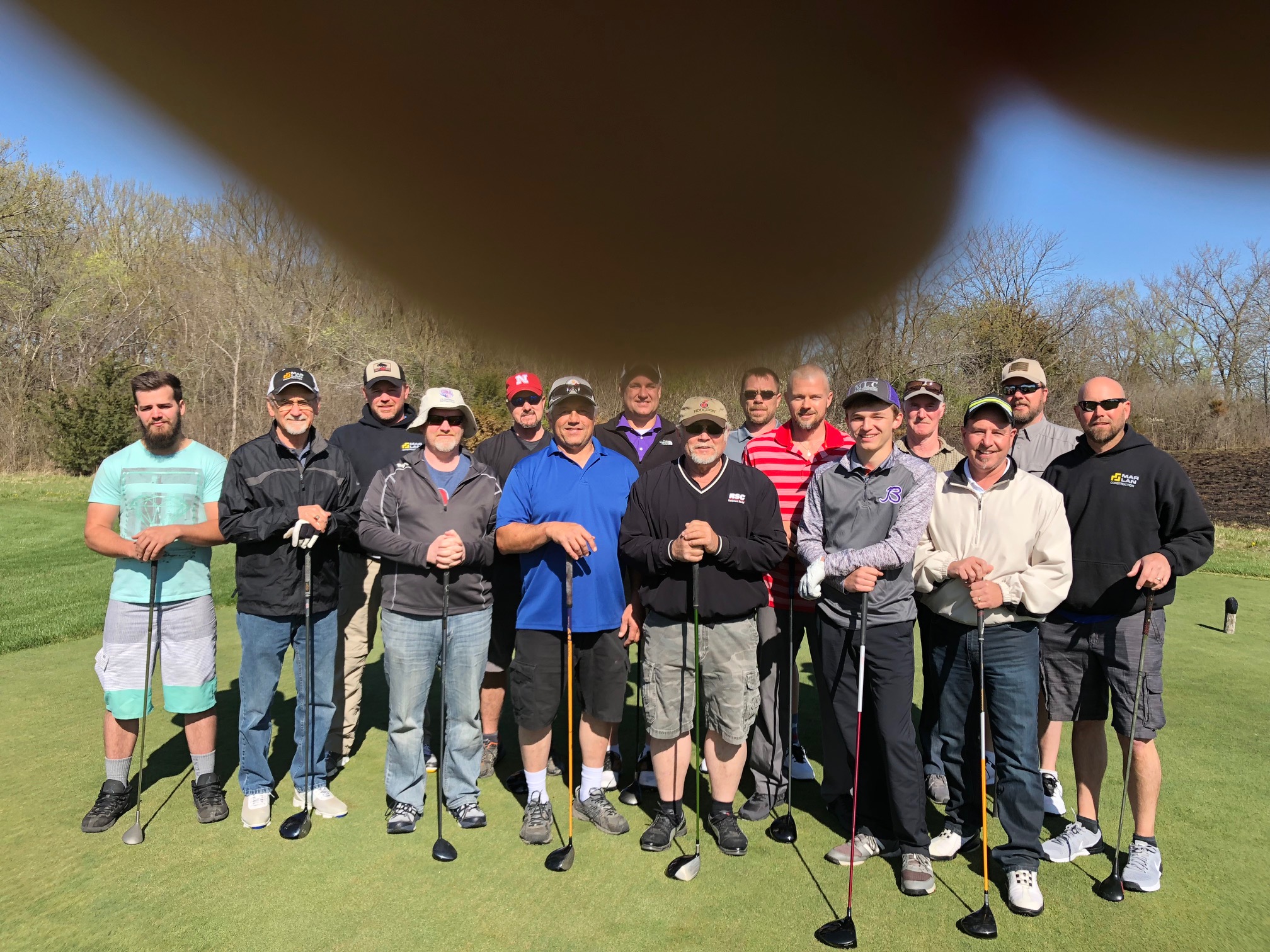 When it comes to participating in the Mar Lan Construction Annual Golf Tournament, it usually would be a positive thing to have the “hand of God” reach down and touch your head; however, in this case, James didn’t reap all the benefits you would expect. Instead, the trophy remained with Team Kevin. A good time was had by each and every one of the players who are: 1st row, l-r Wyatt Trussler, Gale Lantis, Chris Nichols, Kelly Hockey, Marty Criqui, Brent Lantis, Kevin Markley, and Jason Kellogg. 2nd row, l-r:  Brian Lantis, Randy Frahm, the chosen one James Allen, Steve Schrader, Nate Sudja, Pat Masters, and Dan Connelly). The guys played at the Prairie Band Potawatomi Nation 18-hole Firekeeper Golf Course near Mayetta. The course was been named One of Golfweek’s Best Resort Courses for 2015. It’s a challenging course but, as Brian says, “It was a fun day!”