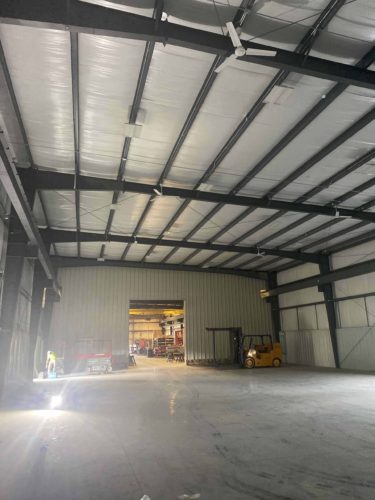 When the owners of Custom Mobile in Baldwin were looking at expanding their facility, they reached out to Mar Lan Construction to assist them with their building needs. The programming they were looking for was to add a 6,000 square foot pre-engineered metal building that would tie to the northwest end of the existing facility. The rooflines would align with the existing building and the existing overhead crane system would be able to run from the south end of the existing to the north end of the new, full length. The facility is quickly nearing completion. The concrete foundation and slab have been placed, the new building has been erected and new doors will be installed soon which will enclose the new facility from the weather. Additionally, the site stormwater management system was installed, and the parking lot was expanded to the west.